Calmness of Mind: Including Yoga in Your Routine 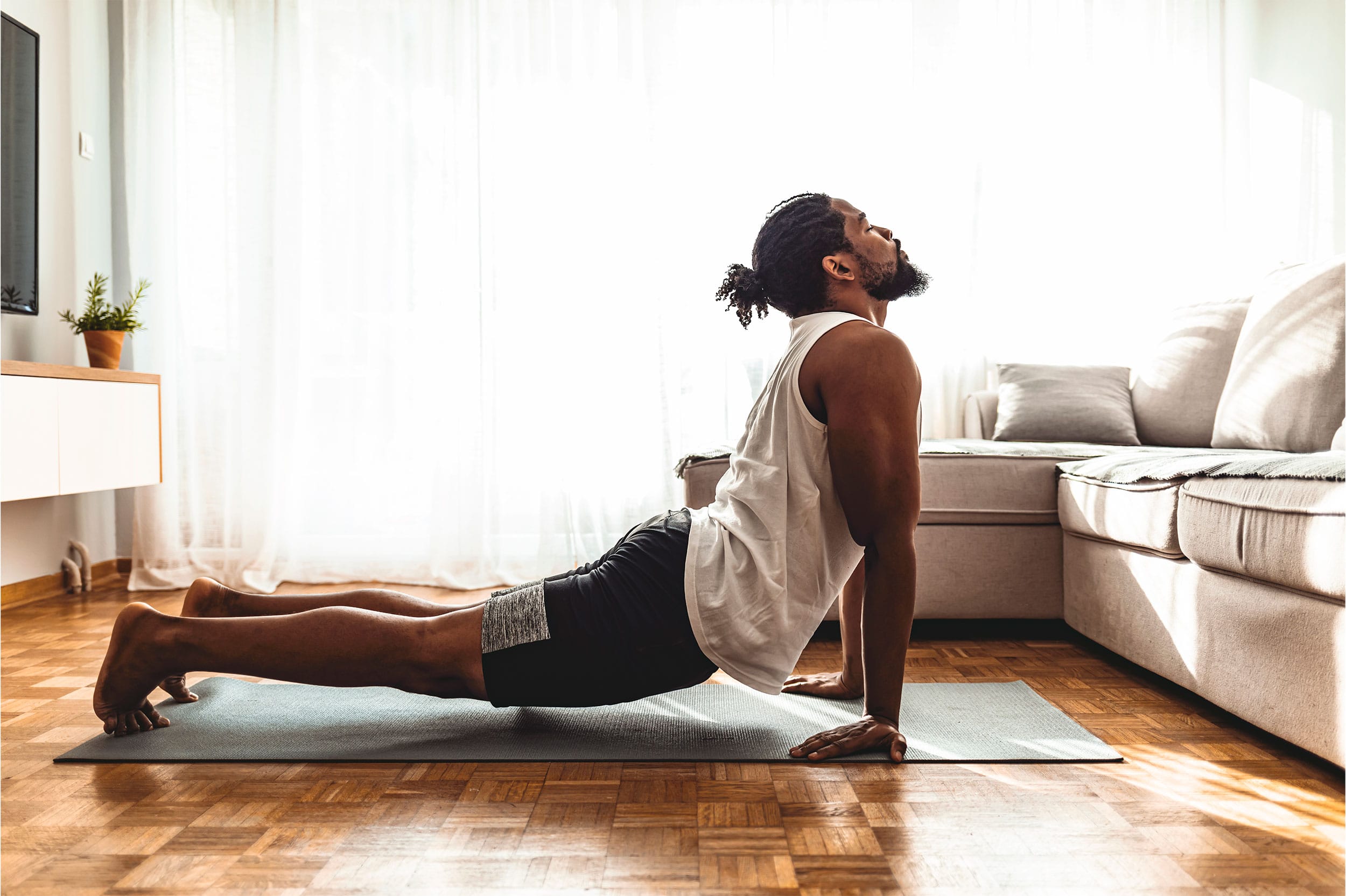 Are you looking for a fitness program that combines the extreme physical hardship of a POW camp with the new-age mellowness of a Ravi Shankar tribute album? Well, yoga just might be the answer.

If you're like a great many men, you might not have warmed to the idea of using yoga as your primary—or even secondary—fitness routine. After all, in the United States, when we think of yoga, we think of supple women in Lululemon gym clothes in the Downward Facing Dog pose. While this is certainly not a bad thing, it might make us skeptical that the practice produces the kind of results that will lead to our ultimate goal of winning the Antarctic Ice Marathon blindfolded with Kevin James on our backs.

Forget the Stereotypes and Get a Leg Up

Western ideas about masculinity have unfairly painted the yogic practice with an overly feminized brush, which is completely unfair. Furthermore, there is a spiritual, holistic lifestyle element that many of us might not be comfortable with. Forget all of that. Let's put aside our biases, as well as nearly everything the ancient practice of yoga actually stands for,and just concentrate on how it can get you seriously shredded.

Oh, and there's also some health and brain stuff in there, too.

Actually, you build strength all over. Practicing yoga forces you to manipulate your body into diverse—often bizarre—poses (called "asanas"). Just getting into the poses requires a measure of strength and flexibility, but holding those poses requires you to engage all of the muscles in your body in order to maintain the correct form. Oh, yes, there will be suffering.

In addition to the soothing and meditative atmosphere (unless the studio is blasting Katy Perry, in which case you'll be in a white-hot rage), the practice of yoga can alleviate stress in a tangible physiological way. By controlling your breathing, concentrating on achieving one task at a time, and being mindful of your body and environment, you are physically interfering with the production of cortisol, the stress hormone.

Yoga uses your own body weight to help you build strength and tone your muscles; it's an all-over body sculpting program. However, unless you're genetically predetermined to bulk up, you probably won't appear much bigger because no single muscle group is worked more than any other. If you want lats that look like saloon doors, you'll have to do some extracurricular work.

No one really thinks of yoga as a tool for building stamina, but it is. In addition to the excellent core strength and breath control training it provides, it also teaches you to engage your mind in a positive and productive way, which can help guide you over the finish line after a particularly grueling marathon without letting Kevin James plummet to the ground even once.

Remember our old nemesis, cortisol? Well, that contributes to feelings of depression, too. By diminishing the levels of cortisol you produce, yoga actually enhances mood and promotes feelings of well-being. (In case the Lululemon-clad, Downward Dog-facing women didn't do the trick.)

When you reach a certain age, muscle tension and stiffness from old injuries can make your walk look like you're tiptoeing barefoot through a field of used hypodermic needles. By strengthening muscles you didn't know you have, yoga can help you enhance your ability to move through space. Your posture, coordination, and flexibility improve, making your movements more efficient and graceful.

Not sure what school of yoga is the most relevant to your needs? Here's a (very) brief primer on some of the most popular.

Like any new fitness routine, it is essential that you consult your physician before you embrace the yoga lifestyle.

Don't let social pressures or unhelpful preconceptions prevent you from benefiting from yoga. Open up your awareness to a new style of physical and mental conditioning that just might bolster your overall athleticism. Oh, and we almost forgot… sex is better, too.