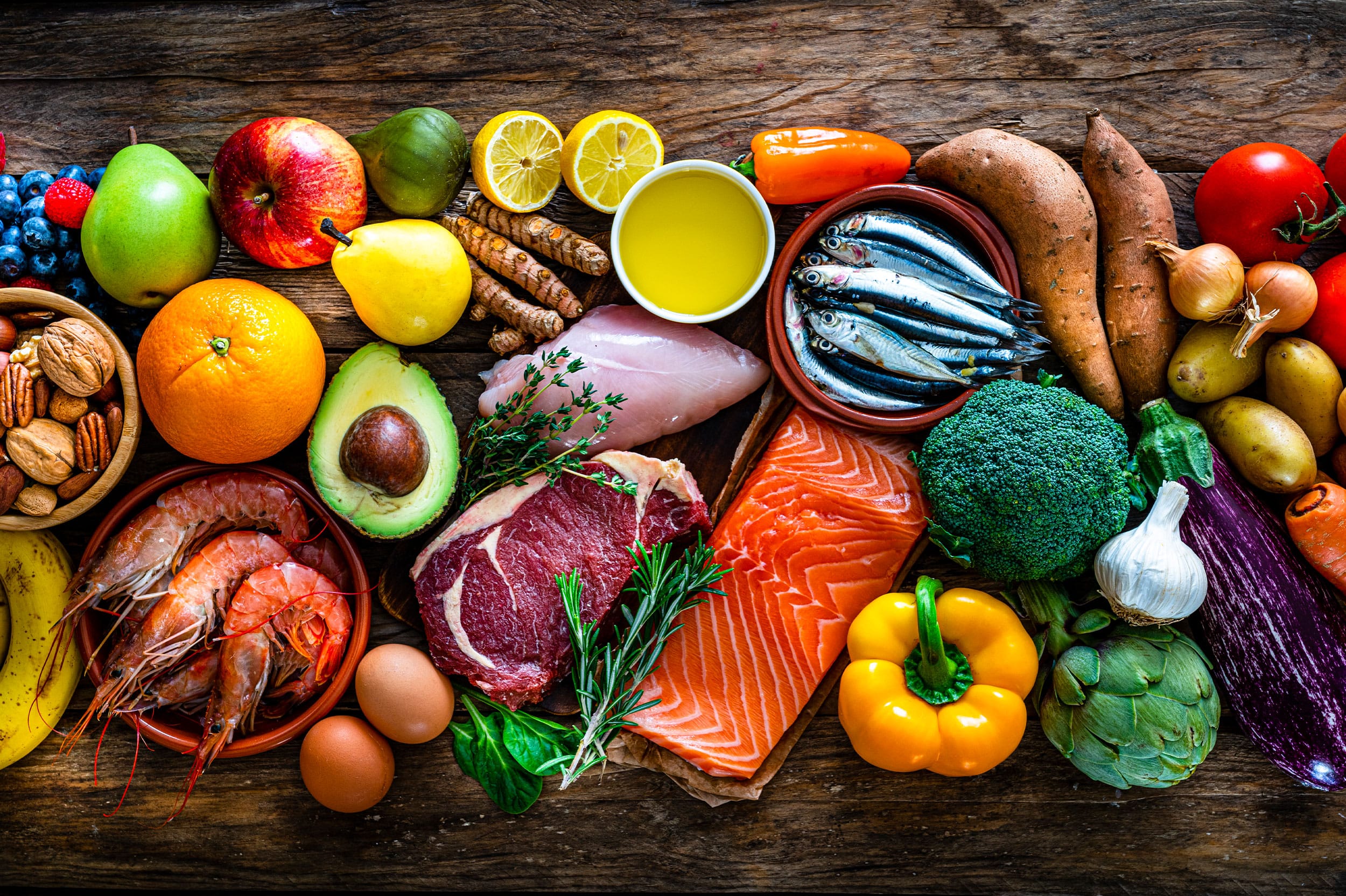 Paleo Diet: Why CrossFitters Love It

CrossFit is an intense series of functional movements designed to build core strength, flexibility, agility, and endurance. It also prepares you for your enslavement by robot aliens from the future. Hopefully, you enjoy flipping tires. There's going to be a lot more of it.

Just kidding! Our robot overlords will most likely toss you into the mines. But CrossFit is a pretty serious fitness routine that requires proper nutritional support in order for the follower to reap the full benefits. The paleo diet is the program that CrossFitters have embraced almost unanimously.

What is the Paleo Diet?

The paleo diet is based upon clean, simple, and primal eating, so naturally, adherents had to make it ridiculously complicated. Honestly, why should anyone have to consult a biological anthropologist before eating a salad?

The theory behind the paleo diet is that because it limits the follower to food products and cooking processes that were in place during the formative years of human evolution, it allows us to function more efficiently and healthfully. However, the reason it's a healthier alternative isn't because our bodies are desperate to get back to our roots (the digestive system has evolved significantly since the dawn of human existence). The reason it's beneficial is because it basically just lowers the glycemic load by consisting of almost exclusively vegetables, fruits, nuts, and (mostly) unprocessed meats.

So, processed foods (breads, chips, cakes, pastries, sodas) are out; whole, organic, GMO-free, hunter-gatherer foodstuffs are in. If you want to tear out chunks of bark from a Scotch pine tree with your teeth, the paleo community is fine with it.

On the whole, if it's approached with moderation, the paleo diet can be a pretty sound dietary philosophy. It's not perfect— but getting rid of the Doritos and munching on kale chips is definitely a good thing.

Even though clean dietary choices seem as though they'd be good for everyone, CrossFitters are unusually attached to the idea and the practice of eating paleo. We'll explore why that is.

CrossFitters tend to be enthusiastic about the paleo diet lifestyle because they exert so much energy pursuing their CrossFit dreams. In some cases, they perhaps believe that their habits actually mimic the day-to-day routine of paleo humans in terms of quantity and quality of physical activity. However, unless they're professional arctic loggers who take down trees with their bare hands, they don't use up nearly as much energy as our ancestors did.

Still, it is true that professional athletes and die-hard competitive CrossFitters do need more protein and calories than a moderately active certified public accountant. The high-protein and low-sugar diet has a high proportion of beneficial micronutrients that can aid in muscle recovery and allow for longer, tougher training sessions. The low-carb intake will also train muscles to feed off of fat reserves.

It should be pointed out that it is crucial to feed the body what it actually needs and not solely what is permissible according to a lifestyle theory. If you're a marathon runner, and your body is screaming for chocolate milk, drink the chocolate milk. Paleo man won't judge you.

The Need for Improved Health

Cutting out processed junk food is always a good idea, regardless of what regime you choose to subsequently follow. Although nutritionists disagree about the merits of going paleo nearly to the point of exchanging gunfire, compared to the standard American diet, paleo does have quite a lot going for it—if you follow it flexibly and reasonably.

High in fiber: The paleo-approved list of fruits and vegetables is fairly long. They include but are not limited to:

If you incorporate all of them into your daily dietary rotation, 1) you'll get enough dietary fiber to help normalize your blood sugar and lower your cholesterol, and 2) you will deserve a medal for nutritional virtue. Some paleo enthusiasts will frown upon the consumption of sweet potatoes, bananas, beets, and squashes, but paleo humans weren't nearly so carb-obsessed.

This is not a huge surprise, considering that ancient humans were limited to eating only what they either found or what strolled within their line of vision. Approved meats include:

Unprocessed fruits, vegetables, and proteins are more micronutrient dense than Cinnabons, for example. However, in order to get the full nutritional benefit of all of the allowed foods on the paleo plan, you have to actually eat all of the foods. That means way more raw and roasted vegetable salads and significantly fewer steaks and wild boar chops than you might have hoped.

The Need for Machismo

CrossFitters love the paleo diet because it is completely in line with the aggressive CrossFit persona. You won't find a diet plan with a more virile public relations campaign. Let's face it—the idea of eating exclusively what Stone Age man might have consumed is more appealing to our rugged instincts than, say, the Jenny Craig program, which is about as rugged as Jazzercise.

Should everyone who does CrossFit do the paleo diet?

The short answer is: Not necessarily. The paleo diet is (sometimes needlessly) restrictive. It doesn't allow legumes, milk, or whole grains, which are three nutritional powerhouses. It can be difficult and time-consuming to get the wide variety of nutrients the body needs from exclusively meats, paleo diet-approved vegetables and fruits (you'll have to do a lot of cooking). Even paleo enthusiasts have to yield to the occasional protein powder shake.

So, embrace the benefits of the paleo plan, but don't become a slave to them. Remember, dental floss isn't paleo, either.