Why Omega-3s are Your Secret to Heart Health 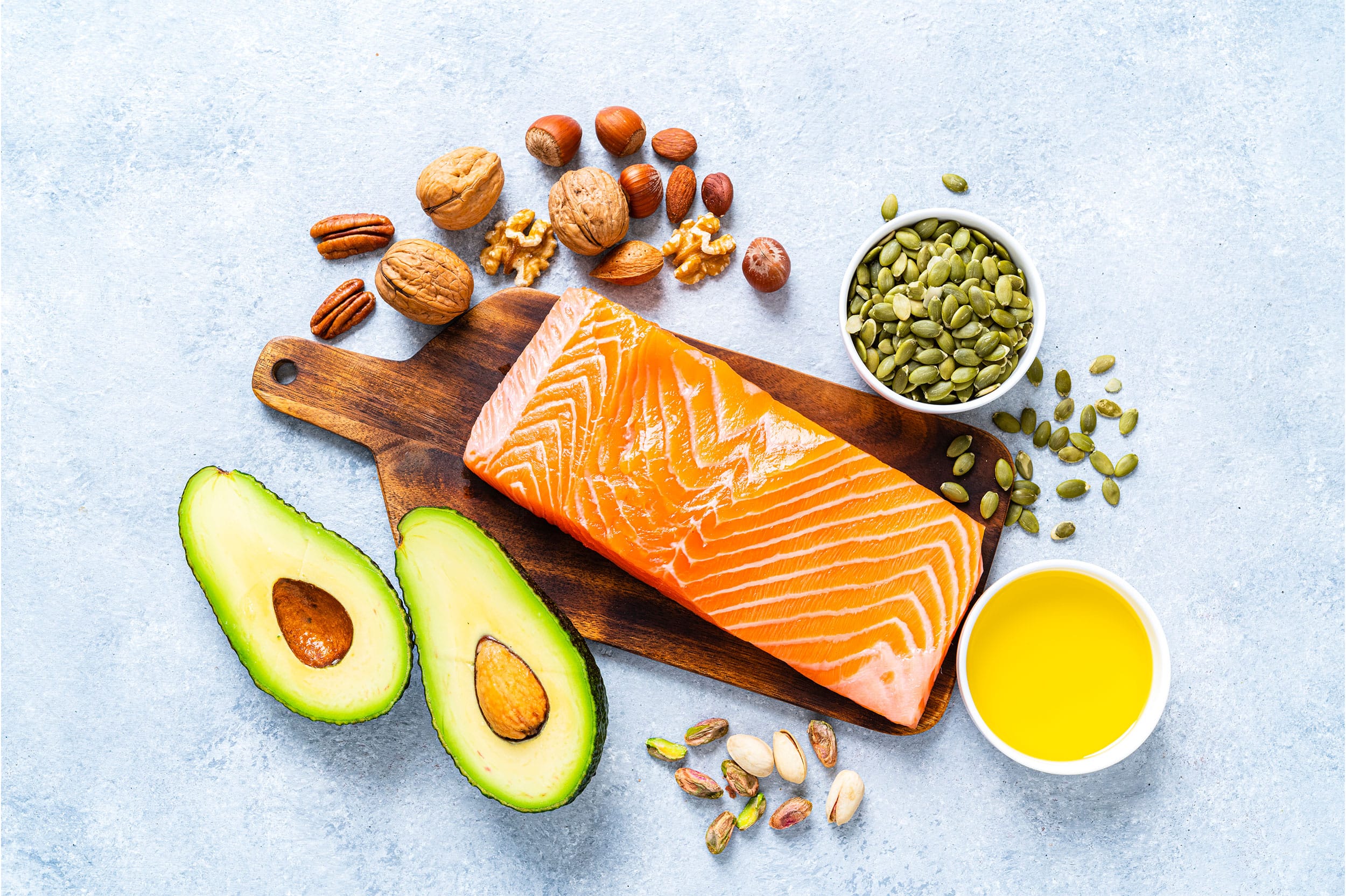 For many of us of a certain age, heart disease is a constantly looming threat. (By "certain age," we mean any age from birth on up.) It lurks around every corner, whispers menacingly into our ears as we schedule our annual check-ups, and makes an ostensibly harmless BLT seem as deadly as a high-powered rifle that shoots bullets filled with heroin. Nevertheless, there are measures you can take to protect yourself from the grim specter of a massive coronary. One of the most powerful defenses is omega-3 fatty acids.

Omega-3 fatty acids exist in three forms: EPA, DHA, and ALA. EPA (eicosapentaenoic acid) and DHA (docosahexaenoic acid) are long-chain fatty acids. ALA (alpha-linolenic acid) is a short-chain fatty acid. These are classified as essential fatty acids because they cannot be produced by the human body; they have to be ingested from an external source, either food or supplements. Omega-3-enriched beer trials have not yet proven successful.

Omega-3 fatty acids have been shown to lower triglycerides in the blood stream (triglycerides are the lipids that, if present in levels higher than 200 mg/dL, are found to be a contributing factor to heart attacks). Moreover, omega-3s have been shown to slightly lower blood pressure, reduce blood clotting, stabilize the heart rate (reduce arrhythmia), and lower inflammation. However, if you need a certain type of inflammation in a particular region, omega-3s could help with that, too.

As a bonus, there are also encouraging studies suggesting that DHA and EPA might play a role in the prevention of cognitive decline and that they could help reduce the severity of schizophrenia. One team of researchers found that use of omega-3s on an opponent during a Quidditch match may cause boils to sprout on their nether regions, but that particular study was conducted at Hogwarts.

Where can I get omega-3 fatty acids?

Well, in their purest form, they're found under the sea, but there are other legitimate sources—although one is probably not appealing to anyone older than 18 months.

The most potent sources of EPA and DHA are oily fish such as:

The preferred omega-3 source for people who also enjoy setting their money on fire.

DHA can also be found in small quantities in microalgae and seaweed. Also… breast milk.

ALA is found in plant products, including

ALA converts to EPA and DHA once consumed, but it takes a large quantity of ALA to produce EPA and DHA in beneficial amounts. EPA and DHA are the two omega-3 fatty acids that lower triglyceride levels and reduce inflammation. DHA is the major structural element in the human brain. If you've ever conquered Alphabear on your iPhone, you have DHA to thank.

The American Heart Association steadfastly insists that people—particularly those with existing heart disease—consume at least two 3.5-ounce servings of fish per week. Certain types of oily fish are rich in omega-3 fatty acids, which are unsaturated fats. (No, getting two Filet-O-Fish at McDonalds doesn't count.) Not only does replacing saturated with unsaturated fats help to reduce cholesterol, the omega-3s themselves combined with the abundant nutrients in fish help to combat cardiovascular illness directly.

But what if I loathe fish from the very bottom of my soul? Am I just doomed to scrape out a short, omega-3-free existence?

Unless the patient has some kind of medically-induced, raging intolerance for all marine-based food products, you'll be hard-pressed to find a doctor who will recommend never eating fish. Frankly, fatty fish is an excellent source of omega-3 fatty acids, and it is indisputably the best source.

However… There is the possibility of ingesting methylmercury from certain types of omega-3-rich fish. The over-abundance of methylmercury in the body is commonly known as mercury toxicity. It is extremely difficult to achieve solely from eating fish. Nevertheless, if you manage to eat multiple courses of swordfish belly every day for the duration of several presidential administrations, you bear the slight risk of turning into liquid metal and becoming able to roll through cracks in doorways and rematerialize into a streamlined, high-cheekboned supervillain à la the T-1000 from “Terminator 2.” Wouldn't that be nice?

Seriously, though, mercury toxicity is no joke. (Unless it involves a celebrity using it as an excuse to get out of work. Then it's hilarious.) It can lead to hideous symptoms, including, but not limited to:

Pregnant women and children should avoid fish with extremely high mercury levels, such as:

Even if mercury toxicity isn't a major concern, it can still be difficult to eat sufficient fatty fish products during the course of a busy week. This is understandable. We already eat slightly less than 16 pounds of fish per person annually. If we, as Americans, were to attempt to eat any more, we probably couldn't manage to put away the 113 lbs. of red meat we consume per person every year. And that would be flat-out unpatriotic.

So, seeing as how we don't want to risk displeasing the National Cattlemen's Association, we'll take a look at different available omega-3 supplements.

Non-prescription supplements: These are capsules that contain omega-3-rich fish oils (typically mackerel, tuna, salmon, krill oil, whale blubber, or seal blubber). They also contain trace amounts of vitamin E (as a preservative), and may also contain vitamins A, B1, B2, B3, C, or D, and occasionally calcium or iron. The omega-3 concentrations typically vary from 500 mg to 1,000 mg.

Over-the-counter supplements are essentially for filling dietary gaps—in other words, if you subsist on an entirely McRib-based diet, it is unlikely that you'll derive much benefit from pills. It is essential that you eat a wide variety of lean proteins, vegetables, fruits, and grains in order for supplements to even begin to yield any positive effects. Furthermore, more definitely isn't more when it comes to supplements. There have been studies showing that overloading on omega-3 through supplements and enriched foods (orange juice and eggs) can lead to negative health effects in the long term.

Prescription supplements: These are higher-strength fish oil capsules than what can be found in grocery or health food stores. They are only available to individuals with exceptionally high triglyceride levels (more than 500 mg/dL).

It is essential that you only begin an omega-3 supplement regimen after consulting your physician. Omega-3 supplements could interfere with the efficacy of certain medications and might not be appropriate for those with fish or shellfish allergies.